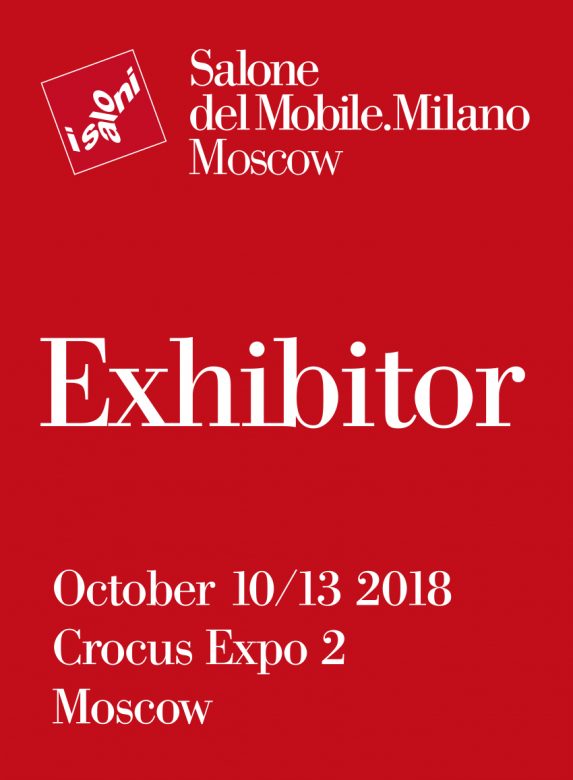 Responding to the request of a significant number of veteran exhibitors of the Salone del Mobile.Milano  – the international showcase of the Home-furnishing system – “i Saloni WorldWide Moscow” were launched in 2005 and since then are held annually in Moscow in October, becoming the benchmark event for the Home-furnishing sector for the Russian market and the countries in its geopolitical basin, visited by more than 30,000 trade operators, press and general public.

A major new departure for 2018 is the introduction of a new name for the event: Salone del Mobile.Milano Moscow, underscoring its origins, its close ties with Milan and Italy’s strong commitment towards internationalisation. This was triggered by a wish to encapsulate the same consistent identity under a single brand for an event that is seen by the public as the leading international design and furnishing appointment the world over, whether in Moscow, Milan, or for the last two years, also in Shanghai.

The Salone del Mobile.Milano Moscow is characterized not only by the superlative quality of the goods on offer – from classic furniture to trend-setting and luxury pieces – but also by the essence of the fair itself: a benchmark for interior concepts, showcasing a selection of pieces shown in Milan: from furnishings to upholstereds, lighting appliances, kitchens, office furniture, accessories, bathroom furnishings, textiles, coverings, furnishing components and product accessories.

Within the Crocus Expo, the most important exhibition center in Russia, 300 Italian and foreign companies participated to the13th edition. More than 30,000 attendees, of whom 18,269 trade operators (+9.3% versus 2016), were recorded over the four-day event.

In full synergy with the Moscow event since 2005 is the SaloneSatellite Moscow, which has become a major opportunity for young Russian and former Soviet Republic designers to make contact with the exhibitors, and take advantage of the huge visibility offered by the international press presence.

Also in full synergy, the Master Classes, in collaboration with ICE – Italian Trade Agency providing an opportunity to reflect on the meaning of design in Italy today.

No posts were found.